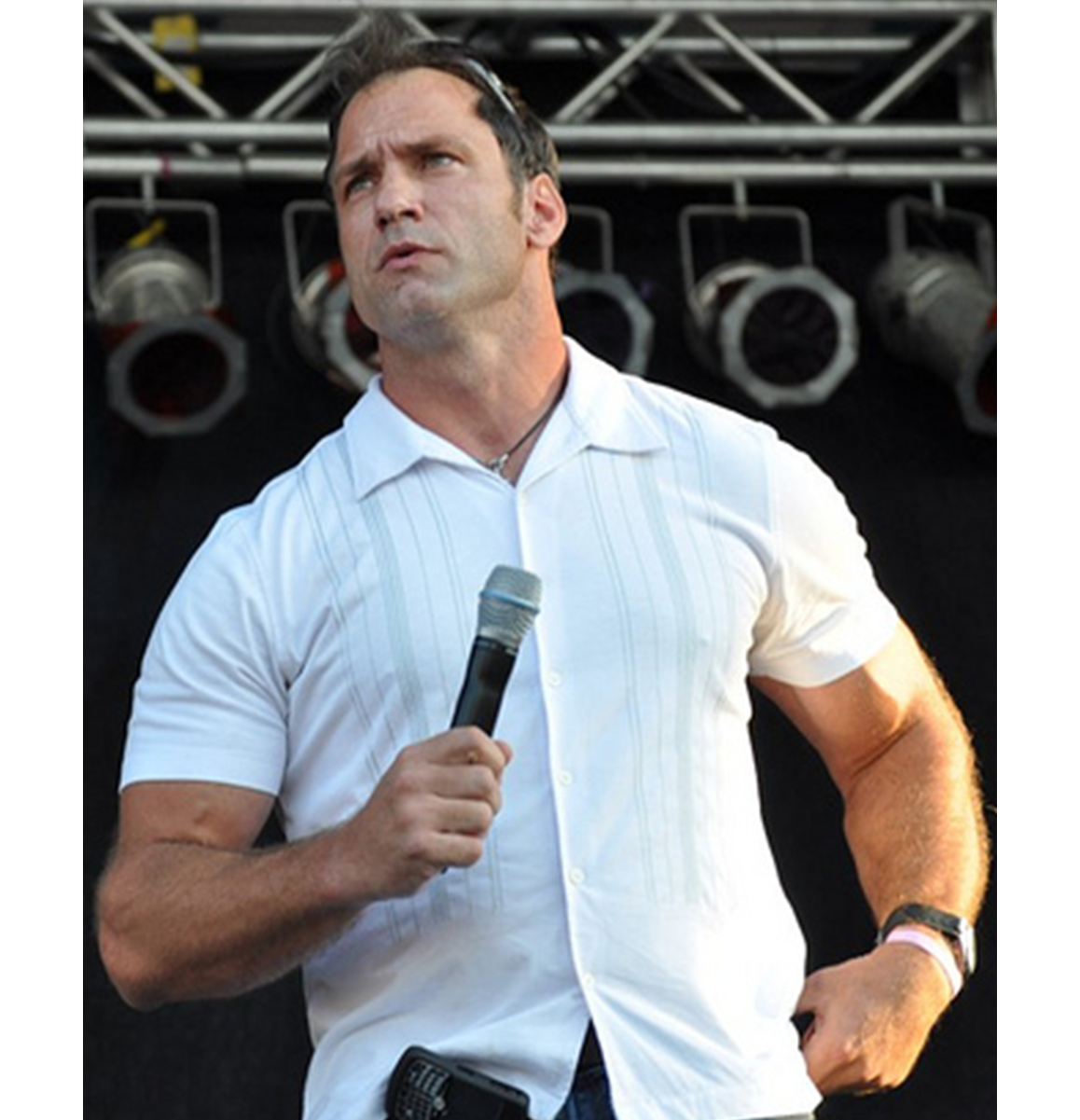 Chris Spielman is a former football player and is currently an analyst for ESPN covering college football.

Spielman is a graduate of Ohio State University, where he was a two-time All-American and winner of the Lombardi Trophy.  He was drafted in the 1988 NFL Draft by the Detroit Lions.  While in the NFL, he was a four-time Pro Bowler and played with the Detroit Lions, Buffalo Bills, and Cleveland Browns.  He retired in 1999 after suffering a neck injury.

He has also covered the Detroit Lions in the preseason, hosted a reality series on ESPNU, and had his own sports talk radio show.

Spielman is a name that is synonymous with Passion, Strength and Integrity. Chris began his public career awing and exciting crowds in stadiums across the country, now finds himself motivating and inspiring audiences of all types around the country from a podium.

Trusted by corporations, national organizations, conferences, in-house meetings and corporate endorsements for small and major organizations around the country to deliver a meaningful and trusted message. 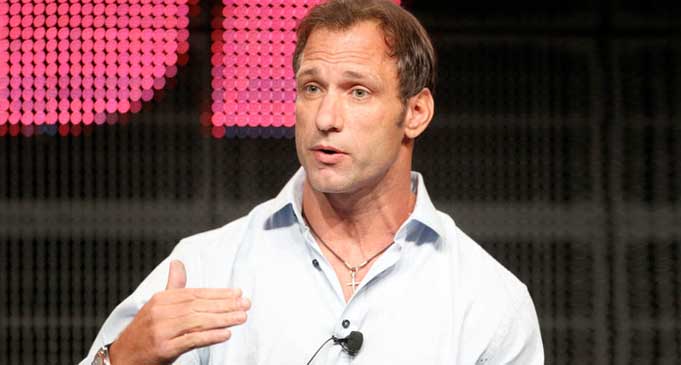 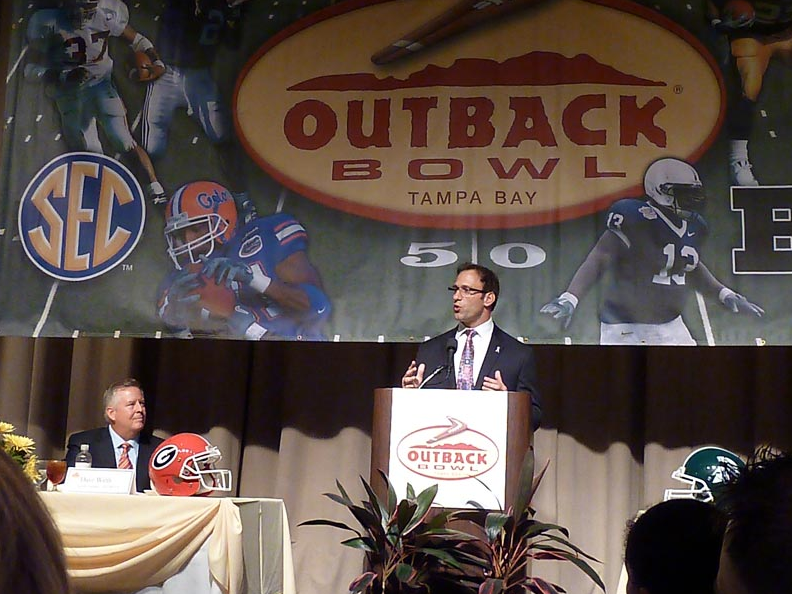 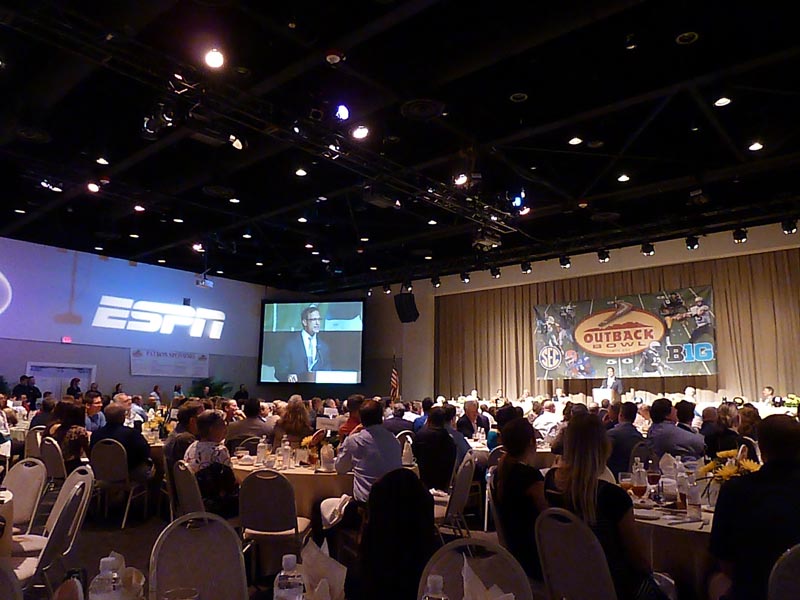 Former Ohio State All-American and NFL All-Pro linebacker Chris Spielman returns to FOX Sports as an NFL and college football analyst serving as a game analyst during the upcoming NFL season and contributes to the network’s extensive college football coverage. In 2001, Chris joined ESPN primarily working on ESPN College Football Saturday alongside play-by-play partner Sean McDonough and sideline reporter Todd McShay. Prior to joining ESPN in 2001, Spielman served as an NFL studio analyst for Fox Sports Net since 1999. He also has a weekly radio show in Phoenix and Columbus.

Spielman is also a contributor to the ESPN affiliate; Columbus, Ohio based FM radio station 97.1, The Fan.

In 2006, Spielman hosted a reality series on ESPNU called Summer House, and in 2011 he hosted an ESPN reality show called Rise Up. 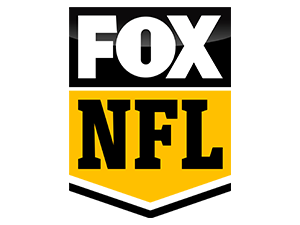 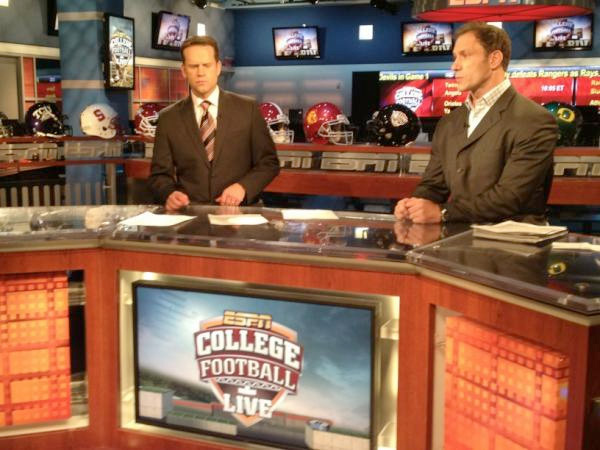 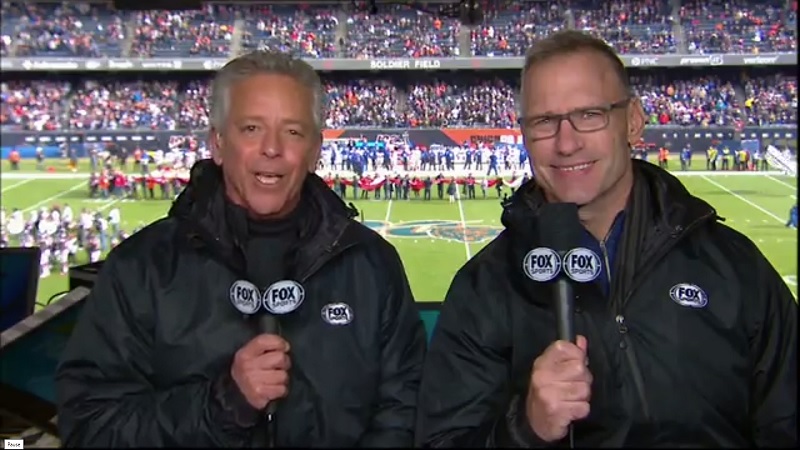 "Chris was a welcome change to our typical “guest speaker.” Normally, we invite speakers who have written books based off our industry. However, we wanted someone with a story who has walked the walk. Chris was so open and honest. He was very passionate about doing something with your life that would impact others. He is very humble and personable and was able to relate his story to not only our industry, but our personal lives."

"Chris Spielman was the perfect fit for our event, a fundraiser for the Providence Cancer Research Center in Portland, Oregon. Down to earth and very easy to work and communicate with, Chris was very interested in helping meet the goals of our event. He toured the center the afternoon before the event and asked several specific and pointed questions to our researchers about their work. His understanding of the progress of cancer research as well as his passion for finding a cure is evident in every bit of him.
When he took the stage at our event the next day, he captivated our guests. His story was so genuine, honest, and moving that it brought tears to the eyes of almost everyone in the room. The emotion was palpable, and Chris delivered his story and message as if he had been with us at Providence learning for weeks. He struck the perfect balance between emotion, hope, and the need for financial support while adding in specific facts about Providence’s role in cancer research. The response to him was overwhelming and we doubled the amount we made in day-of giving over the previous year. Thank you, Chris, for helping us reach our goals and for telling a story that will not soon be forgotten!"

"Chris spoke on March 23 to a capacity crowd of over 1500 people at our outreach event, “The Bonita Christian Forum”. From the start, the audience was captivated by his candor and sincerity, the powerful telling of his life’s story, and his clear statement of his faith and values. Everyone present felt uplifted, inspired, encouraged and filled with hope and purpose."

"What is your purpose?” That’s the question Chris Spielman tackled with incredible honesty. In a very genuine way this sports hero made himself vulnerable by sharing how life’s adversities forced him to redefine himself and how the process strengthened him. With a new definition, Chris expresses himself by his commitment to faith, family and community – highlighting the importance of serving one another with love. With his strength in commitment, he inspired folks to give of themselves to help the kids in our community. Chris truly touched the hearts of the 500 attendees who came to hear him speak in support of Community for New Direction."

"Be ready! Hearing Chris will not leave you unmoved or unchanged. Chris speaks with a clarity and honesty that will challenge, you, too, to live your life with greater purpose and passion."

"It was one of the best days we have had on campus in a long time. Chris was very great with everyone. Chris delivers a honest, inspirational, and challenging message. Chris has no filter, he allows you to look directly into his heart. A message for everyone who wants to become a better person, family member, and follower of Christ. Chris is a special person and speaker."

On April 24, 2012, I attended a convention where Chris Spielman was the main speaker. As a legislative consultant and lawyer, I have attended many conventions, legislative sessions, meetings and political rallies and have heard speakers at these events. However, I have never heard a more sincere, heartfelt and meaningful speech than that made by Mr. Spielman. This was definitely the most moving and inspirational presentation I have heard."

"Chris Spielman gave an inspiring, sensitive, sometimes humorous presentation that captivated our audience of nearly 400 chamber guests. He touched our funny bone and our hearts to deliver a message that we can all relate to. I have had countless emails, twitters and posts all sharing very positive comments about what a wonderful presentation was given by Mr. Spielman."

"Chris’ presentation captured the hearts and minds of our associates. The message of Living with Passion clearly came through to everyone who attended. His message was clear, concise, and most importantly, real."

"..the keynote speaker was so poignant, genuine, passionate and heartfelt…I didn’t expect to sob during dinner but I was not alone."

"Chris Spielman was great. We received a lot of positive feedback from vendors and our internal employees who were able to attend the event. The chairman of the board also asked for his information to possibly book him for future events."

"Months after Chris Spielman spoke at our 4th Annual Black & Gold Club Kickoff, people were still talking about what an incredible job he did speaking. Chris spoke to our audience personally, inspiring us to find our purpose in life through his story of hope and determination. He was dynamic and powerful. I cannot imagine a better speaker to set the tone for our dinner and auction event. Thank you, Chris, for inspiring leadership in our community through your words."

"During the 2012 Ohio School Boards Association’s Capital Conference, we had the privilege of having Chris Spielman as our guest luncheon speaker. Chris delivered a powerful and poignant message to over 500 attendees telling his story of family, faith and perseverance and described how some of the biggest challenges he has faced in life weren’t on the football field.
Chris’s genuine and honest approach was so personal that everyone in the audience was totally engaged in listening to his story, and his unconquerable spirit and attitude left an impression on all those who attended the luncheon. Needless to say, Chris received an extended standing ovation at the end of his talk.
We could not have asked for more from a speaker and would recommend him wholeheartedly."

"Thank you so much for speaking at our 15th annual conference…. You absolutely touched our hearts and I would like to keep in touch and help you as a warrior in any way I can."

"Chris personally invested the time to understand our needs and priorities, and the desired outcome we wanted from his speech. The feedback from our team was overwhelmingly positive! Chris’s passionate, sincere, and relevant message resonated with my entire selling organization, and they left the meeting truly inspired."

“I’m the CFO at ViaQuest and I just wanted to thank you so much for your talk today.Being an OSU grad and football fan, I couldn’t have asked for a better speaker. I’m been at ViaQuest for 18 years and have heard many speakers, but you have impacted me the most. Your faith in God probably plays a large part in what resonated with me most. As I age a little and my 3 girls grow up, I realize the importance of my faith and you just helped reiterate what is important in life. Thanks again and God Bless.”

Make a Donation to
THE Stefanie Spielman Fund